Gwendolyn Pough to Lead the Rhetoric Society of America 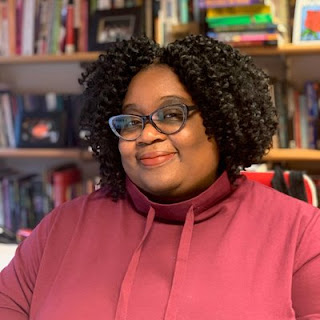 Gwendolyn Pough, dean’s professor of the humanities and professor of women’s and gender studies in the College of Arts and Sciences at Syracuse University in New York, will serve a six-year term as president-elect, president, and past-president, of the Rhetoric Society of America, beginning in July.

The RSA was established in 1968 and is composed of scholars from various disciplines who study the history of rhetoric and explore new areas within the subject of rhetoric where research is especially needed. The goal of the RSA is to encourage experimentation in the teaching of rhetoric, to facilitate professional cooperation among its members, and to organize meetings where members may exchange findings and ideas.

“Being elected to serve the Rhetoric Society of America in this capacity is an honor and a privilege,” said Professor Pough. “I attended my first RSA conference in 1998 while I was still in graduate school and the organization has been a significant part of my career as a rhetorician ever since. As the second Black person and first Black woman elected to lead this organization, I will do my best to lead the RSA into the bold and diverse future we are building.”

Dr. Pough is a scholar of feminist theory, African American rhetoric, women’s studies, and hip-hop culture. Her book, Check It While I Wreck It: Black Womanhood, Hip-Hop Culture, and the Public Sphere (Northeastern University Press, 2004), explores the relationship between Black women, hip-hop, and feminism.

Professor Pough is a graduate of William Paterson University in Wayne, New Jersey. She holds a master’s degree in English from Northeastern University in Boston and a Ph.D. from Miami University in Oxford, Ohio.