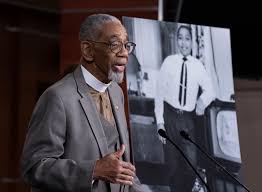 The House passed legislation on Monday that would classify lynching as a federal hate crime.

Lawmakers easily passed the bill, which is named after Emmett Till, a 14-year-old African American boy who was lynched in 1955, on a 422-3 vote.

The legislation's passage comes more than 120 years after the first federal anti-lynching legislation was introduced by then-Rep. George Henry White, who was the only Black member of Congress at that time.

The bill, authored by Rep. Bobby Rush (D-Ill.), would designate lynching as a hate crime punishable by up to 30 years in prison.