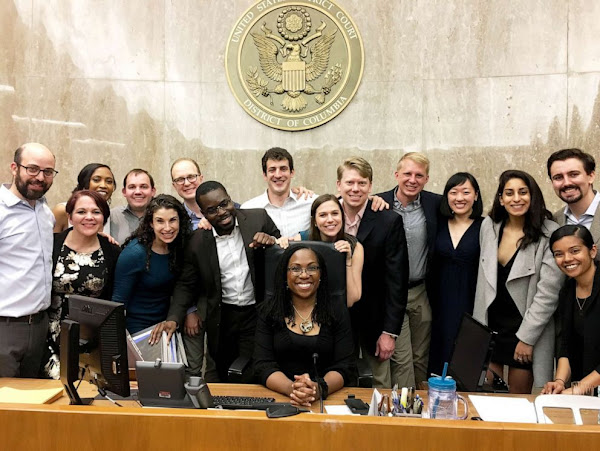 A group of two-dozen former law clerks from the 1999 Supreme Court term that served with Ketanji Brown Jackson have written a letter to the Senate Judiciary Committee in support of her confirmation.

In the letter to the former clerks extoll the intellect and character of Supreme Court nominee Judge Ketanji Brown Jackson with whom they served.

"We hold diverse points of view on politics, judicial philosophy, and much else. Yet we all support Judge Jackson's nomination to the Supreme Court," the group writes, "because we know her to be eminently qualified for this role in intellect, character, and experience."

Read the entire letter below: