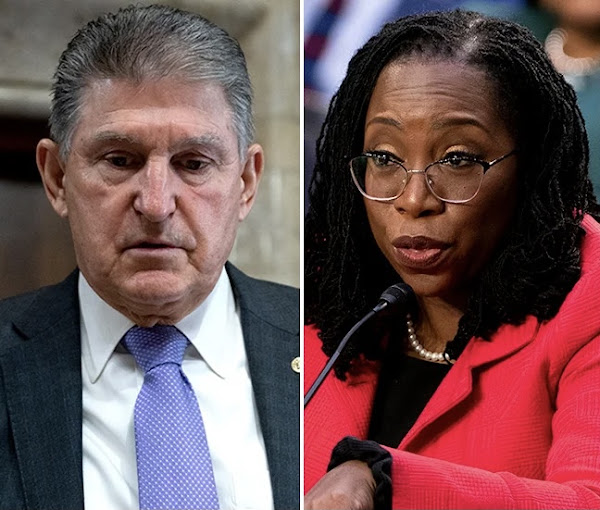 “Senators have a constitutional obligation to advise and consent on a nominee to fill a Supreme Court vacancy and this is a responsibility I take very seriously. Just as I have with previous Supreme Court nominees, I met with Judge Jackson and evaluated her qualifications to be a Supreme Court Justice. After meeting with her, considering her record, and closely monitoring her testimony and questioning before the Senate Judiciary Committee this week, I have determined I intend to vote for her nomination to serve on the Supreme Court.

“Judge Jackson’s record and career are exemplary. Judge Jackson was educated in our public school system and, through her hard work, graduated with academic honors from Harvard University and Harvard Law School. She went on to clerk for three federal judges of varying political ideologies at every level of our federal judiciary, including the Supreme Court. She spent time practicing at private law firms and served on the U.S. Sentencing Commission. She also served as an Assistant Federal Public Defender – defending those who cannot afford legal representation which is a pillar of our judicial system. She served as a U.S. District Court Judge for the District of Columbia and as a D.C. Circuit Judge for the U.S. Court of Appeals before being nominated to serve on the Supreme Court.

“Her wide array of experiences in varying sectors of our judicial system have provided Judge Jackson a unique perspective that will serve her well on our nation’s highest court. During our meeting, she was warm and gracious. On top of her impressive resume, she has the temperament to make an exceptional jurist. Notably, Judge Jackson and her family spend a great deal of time in West Virginia and her deep love of our state and commitment to public service were abundantly clear. I am confident Judge Jackson is supremely qualified and has the disposition necessary to serve as our nation’s next Supreme Court Justice.”