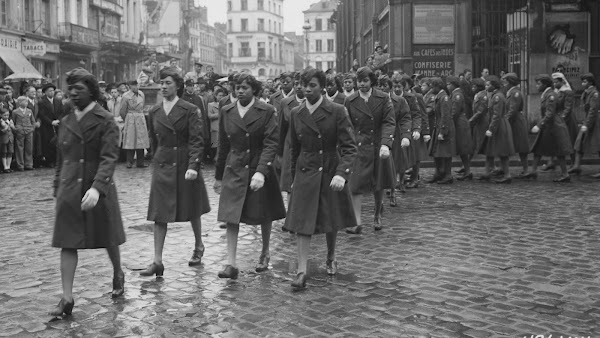 The House voted Monday to award the only all-female, Black unit to serve in Europe during World War II with the Congressional Gold Medal.

The 422-0 vote follows a long-running campaign to recognize the 6888th Central Postal Directory Battalion. The Senate passed the legislation last year. The unit, known in short as the Six Triple Eight, was tasked with sorting and routing mail for millions of American service members and civilians. Only a half-dozen of the more than 850 members are still alive.

Posted by Councilman George L. Cook III at 5:12 AM