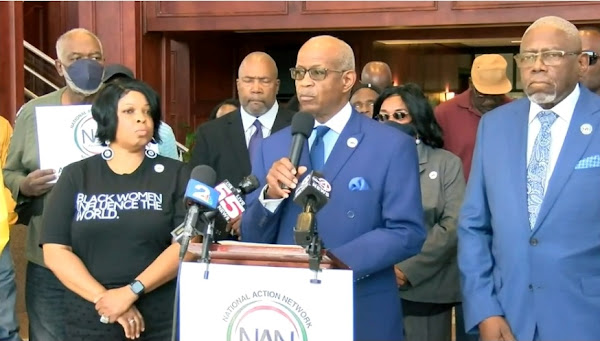 NORTH CHARLESTON S.C. - Members of the Black clergy in the Lowcountry are voicing concerns that U.S. Sen. Tim Scott refused to meet with them about their concerns over the confirmation process of the first Black woman on the U.S. Supreme Court.

The National Action Network and members of clergy held a news conference Friday morning at noon at North Charleston City Hall to address their concerns. In a news release, the group says Scott would not meet with them to discuss the “despicable treatment” of Judge Ketanji Brown Jackson, who was eventually confirmed for the nation’s highest court.

“Sen. Scott’s vote against the most qualified judge to be nominated to the Supreme Court in modern times, not my opinion, but consensus, placed him on the wrong side of history,” the Rev. Nelson B. Rivers III, the vice president of the National Action Network, said. “As the first Black U.S. senator appointed and elected from the state of South Carolina in modern times, and frankly, the first senator of his race to serve since Reconstruction in the United States Senate, gave him a unique opportunity to do something that our ancestors our work has waited for and look forward to for hundreds of years, he had an opportunity to put principle love of family love of community by party and above nonsense. Sen. Scott had a historic opportunity, and I believe a solemn obligation to vote yes.”

Rivers said he was “troubled and frankly hurt” that Scott “did not defend Jackson’s character against the assassinations and the most outrageous and disgraceful treatment any nominee has faced during his time in the Senate.”

Rivers said the group requested a meeting with Scott, but Scott eventually responded to the request, stating in an email, “I will not be able to meet with y’all,” and that the group could meet with Scott’s staff.

“I wrote back to tell the senator, ‘We didn’t vote for your staff and the staff were not on the ballot,’” Rivers said.

He said Scott never got back to them about an alternative date and time.

Posted by Councilman George L. Cook III at 7:50 AM