A century after his death, the first Black US Army colonel is promoted to general 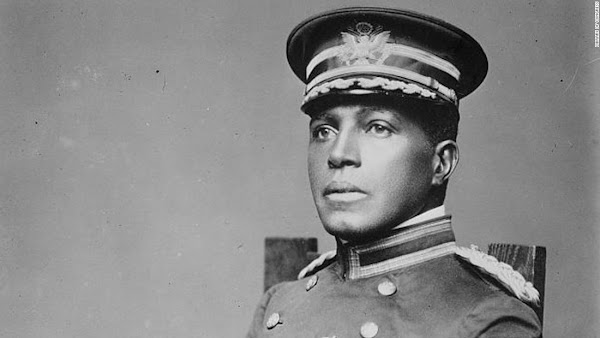 On Friday, Col. Charles Young, West Point Class of 1889, was posthumously promoted to the rank of Brig. Gen. by Secretary Army Honorable Christine Wormuth. The promotion took part during Inspiration Week and was hosted by the U.S. Military Academy to mark the dedication of its cadets’ and the greater communities’ commitment to service.

Charles Young was born in Mays Lick, Kentucky, to enslaved parents in 1864. He valued education throughout his life and graduated with honors from high school in Ohio, where his parents escaped slavery.

Young taught elementary school and eventually entered the United States Military Academy in West Point, N.Y., where he was its third Black graduate.

He went on to become the first Black military attaché to a foreign country and served in various assignments from Haiti and Liberia, to Mexico and Nigeria. When he was medically discharged from active duty, Young was the highest-ranking Black officer in the military, having been promoted to Colonel.

Following his death, Young was given full military honors and burial in Arlington National Cemetery, a reminder to Americans of his legacy as a leader, his perseverance despite obstacles and his heroic example to others.

Posted by Councilman George L. Cook III at 8:40 AM