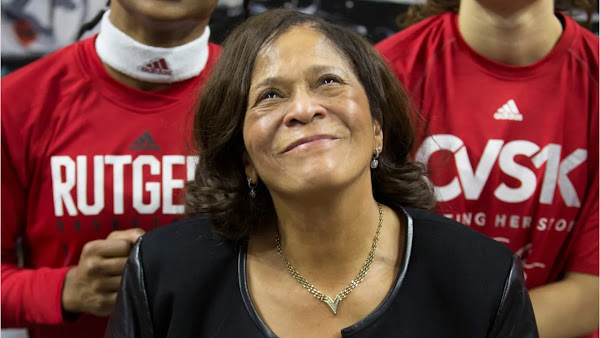 The move will become effective on September 1, 2022, according to a Rutgers press release. As part of the retirement agreement, Stringer will be paid $872,988. Rutgers is honoring her legacy by naming the court at Jersey Mike’s Arena — Rutgers basketball’s home venue — C. Vivian Stringer Court, the school announced, with a formal dedication ceremony planned for the upcoming women’s basketball season.

“I am officially announcing my retirement,” Stringer said in a press release. “.... I love Rutgers University for the incredible opportunity they offered me and the tremendous victories we achieved together.”

Stringer had not been with the team since April 2021, taking a leave of absence through the 2021-22 season shortly after she signed a new five-year, $5.5 million contract. Stringer accumulated at least $235,000 in bonuses on top of her $1 million annual salary during her absence.

Stringer, 74, ends her career with 1,055 wins, four Final Four appearances, and 28 berths in the NCAA Tournament in 50 seasons as a head coach. None of her victories came in the past year.