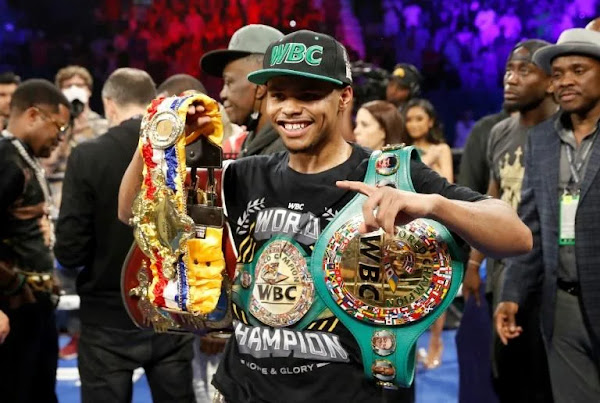 Stevenson improved to 18-0 as he handed Mexico's Valdez his first defeat in 31 professional fights.

Stevenson sent Valdez to the canvas with a left to the head in the sixth round on the way to his first defense of the WBO title he won with a 10th-round technical knockout of Jamel Herring in October.

On the scorecards Stevenson earned one score of 117-110 and two of 118-109 to unify Valdez's WBC world championship with his own WBO world title.

"I'm a superstar in this sport," said Stevenson, 24. "I want to collect all the belts at 130 and become undisputed. I deserve to be a superstar, so that's what I gotta do."

Valdez acknowledged that Stevenson was the better fighter on the night.>

"He was just the better fighter this night," said Valdez, 31. "He did what he had to do to win the fight. He's a great fighter. His speed is there, power is there."

Watch Stevenson's knockdown of Valdez below