WATCH: Muhammad Ali’s Grandson 1st Round Knockout that would make his Grandpa proud 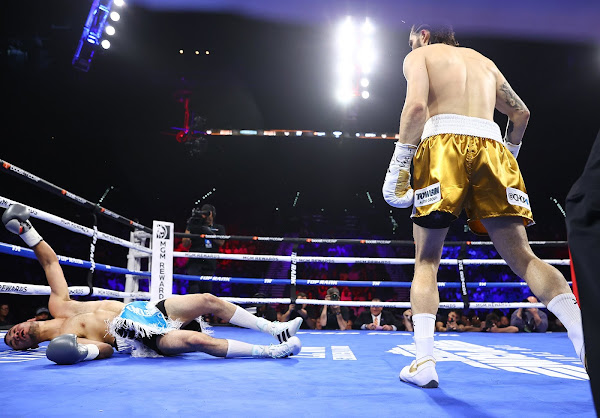 At 5-0, Muhammad Ali’s grandson, Nico Ali Walsh is starting to turn some heads in the boxing world. On Saturday night in Las Vegas Ali Walsh delivered a highlight-reel knockout that surely would’ve impressed his grandfather.

"This is a testament to all the work that I've put in and stuff like this happens when you put the work in," said Ali Walsh after his finish was officially announced.

"I'm bringing my grandpa back to life, and that's why mom gets so emotional because she's seeing her dad again and hearing her dad's name to me."