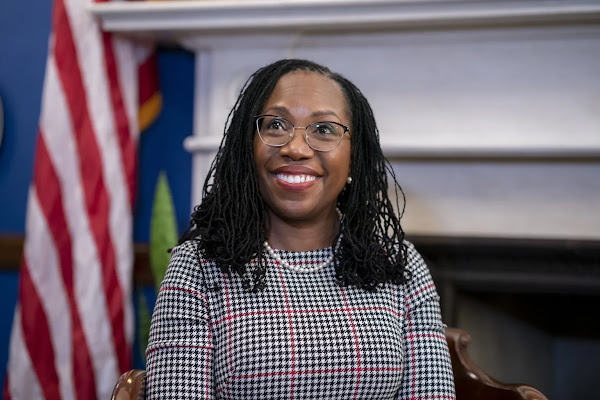 The tie vote meant Senate Majority Leader Chuck Schumer (D-N.Y.) had to later force her nomination out of the committee via a procedural step known as a discharge petition. Schumer teed up that vote Monday night; the motion to discharge Jackson from the committee passed, 53-47.

“This procedural step should be entirely unnecessary,” Schumer said on the Senate floor just before the vote. “There is no question — no question — that Judge Jackson deserves a strong bipartisan vote in committee. But sadly, despite the judge’s qualifications, not a single Republican on the committee voted to report her out of committee.”

He added, “The end result will remain unchanged: Judge Jackson ultimately has enough support to get confirmed on a bipartisan basis, and the Senate is going to keep working until this nomination is complete.”

Three Republicans voted with Democrats to release Jackson’s nomination from the committee: Sens. Susan Collins (Maine), Lisa Murkowski (Alaska) and Mitt Romney (Utah). They are the only GOP senators who have said they will vote to confirm Jackson.

The Senate has a couple more procedural steps to clear this week, but Jackson is on track to be confirmed late Thursday.