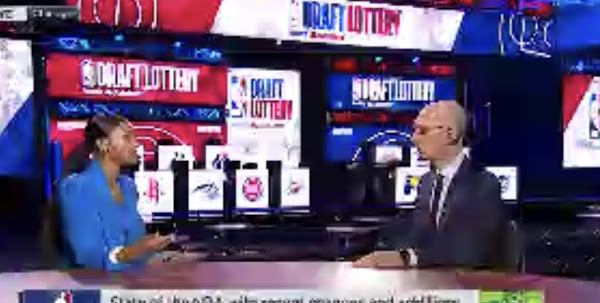 Silver, speaking to ESPN's Malika Andrews in a televised interview from Chicago prior to the NBA draft lottery, said his league was following the advice of experts when it did not take an aggressive approach during the early stages of Griner's detention in Russia.

"We've been in touch with the White House, the State Department, hostage negotiators, every level of government and also through the private sector as well," Silver said. "Our No. 1 priority is her health and safety and making sure that she gets out of Russia."