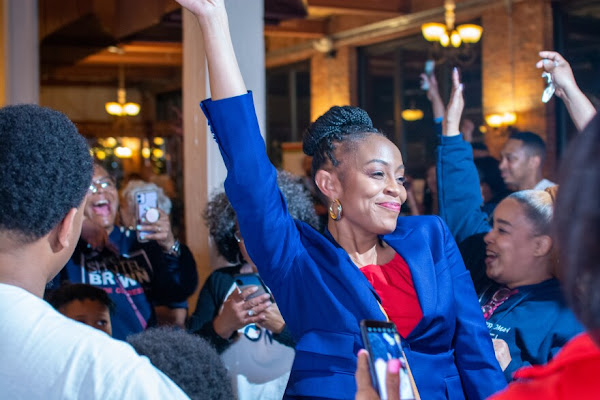 “I got a lot of work to do,” Brown told supporters at her victory party Tuesday night. “I’ve been doing a lot of work in a short amount of time, but I am ready to continue to work for you. So thank you. We’ve got some unfinished business.”

Brown will face former East Cleveland Mayor Eric Brewer, the winner of the Republican primary, in the November general election — a race she is favored to win in this heavily Democratic district.