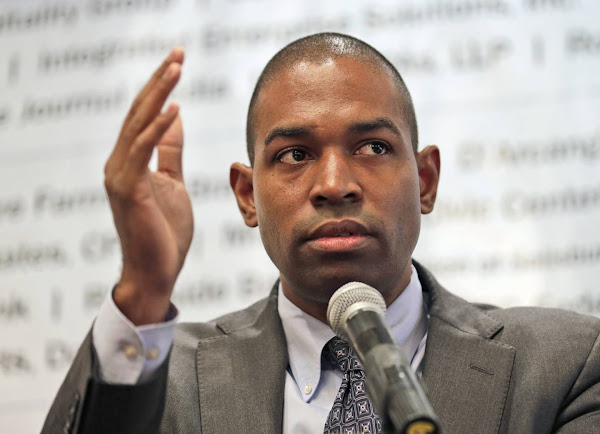 Rep. Antonio Delgado, D-Rhinebeck, ended his campaign for re-election abruptly Tuesday when Gov. Kathy Hochul selected him to be her new lieutenant governor following the recent resignation of Brian Benjamin.

"I am proud to announce I am appointing Congressman Antonio Delgado, an outstanding leader and public servant, as Lieutenant Governor of New York," Hochul said. "I look forward to working with him to usher in a new era of fairness, equity, and prosperity for communities across the State."

Hochul said Delgado has some congressional duties to complete and will be installed as lieutenant governor by month's end. She dubbed him "a rising star."

Joining Hochul at a press conference at the statehouse, Delgado said he is leaving his congressional seat because he believes he can have a greater impact on the state as lieutenant governor than he has had while serving in Congress. He also suggested he will play a key role for Hochul and will not be marginalized. In several past administrations, the lieutenant governor has often been used for low-profile ceremonial functions.

A Harvard Law School graduate and a native of Schenectady, Delgado became the first person of Hispanic or African American descent to win an upstate House seat when he defeated then Rep. John Faso, R-Columbia County,, in what proved to be the blue wave election of 2018.

Delgado told reporters his family background is Cape Verdean and African American. He noted he and his wife met while both were students at Harvard Law School. The couple has twin 8-year-old sons, Maxwell and Coltrane. Delgado noted they are being raised in the Jewish faith. He said he cherishes the diversity of the state's population.