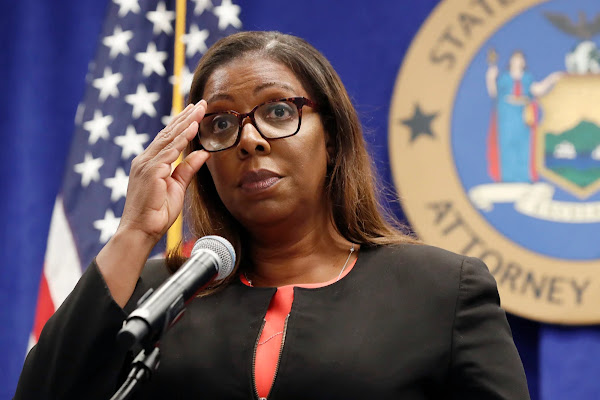 New York Attorney General Letitia James led a multistate coalition of eight attorneys general in urging U.S. President Joe Biden to fully cancel federal student debt owed by every federal student loan borrower in the country. In a letter to President Biden, Attorney General James and the coalition stress that immediate relief is needed for borrowers struggling with the unmanageable burden of student loan debt. The attorneys general acknowledge the administration’s commitment to addressing the issue, however, the coalition urges President Biden to immediately exercise his authority under the Higher Education Act to cancel all federal student loan debt for every borrower.

“While I commend President Biden for giving serious consideration to forgiving $10,000 per borrower, we must take bolder, more decisive action to end this crisis and provide Americans with the tools they need to thrive,” said Attorney General James. “Student debt keeps millions of struggling borrowers from reaching financial stability and leads to a cycle of financial burdens that follow them throughout their lives. I join my colleagues in urging President Biden to lead one of the most impactful racial and economic justice initiatives in history by canceling this debt, in its entirety, for all.”

Currently, student borrowers owe more than $1.7 trillion to the federal government. In their letter, the coalition argues that a full cancelation of student debt is necessary to address the sheer enormity of debts owed, systemically flawed repayment and forgiveness systems, and the disproportionate impact of the debt burden on millions of borrowers. While state attorneys general have taken key actions to ease debt burdens wherever possible, the coalition contends that only permanent action by the Biden administration can provide the widespread relief that is needed by millions of federal student loan borrowers.

The coalition further argues that the cancelation of federal student loan debts will reduce stress and mental fatigue and provide countless opportunities for borrowers, such as saving for retirement and purchasing new homes.

In September 2021, Attorney General James sent a letter to the U.S. Department of Education, urging the agency to take robust action to fix the broken Public Service Loan Forgiveness program.

July 2020, Attorney General James and a multistate coalition sued the Trump Administration’s U.S. Department of Education and former Education Secretary Betsy DeVos to block their efforts to repeal critical protections for student-borrowers who have been misled or defrauded by predatory for-profit schools.

Additionally, in June 2020, Attorney General James filed a multistate lawsuit to stop the Department of Education and Secretary DeVos from repealing the “Gainful Employment” rule, which provides critical protections to students considering enrolling in for-profit colleges and vocational schools that promise students “gainful employment in a recognized occupation” after graduation.

In January 2019, Attorney General James and the New York state Department of Financial Services obtained a $9 million agreement with a federal student loan servicer, ACS Education Services (currently known as Conduent Education Services), after an investigation revealed that the company had steered borrowers away from income-based repayment plans toward more expensive options.