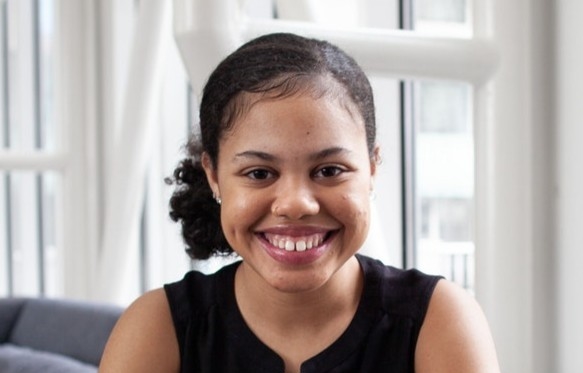 At the tender age of 16, Haley Taylor Schlitz was accepted into nine different law schools across the country.  She chose SMU’s Dedman School of Law.

Three years later at the age of 19, she is now poised to become SMU’s youngest law school graduate, ever. In her three years at Dedman School of Law, Haley has made a name for herself as an author, public speaker, and respected thought leader on the issues students of color face in navigating gifted and talented programs in public schools.

And Haley knows where she is going: After she graduates from SMU Dedman Law on May 13, she hopes to work on education policy issues for an elected official or non-profit organization. Haley is also interested in increasing the opportunities for gifted and talented girls and students of color.

"I really want to help students realize their potential even if they can't home-school," Taylor Schlitz told the Dallas Morning News. "I want to help families open their eyes to the opportunities that they don't even realize are there."

Disappointed in what 5th-grader Haley was being taught in the public school system, and in her struggles to be acknowledged as a gifted student, her parents decided to homeschool her to better meet her educational needs.

“Many girls and students of color are left out of our nation’s gifted and talented programs,” Taylor Schlitz said. “Society will lose out on the potential scientist who cures a major disease, the entrepreneur who starts the next Amazon and so much more. All because of their gender and/or skin color.”

For Haley, the biggest advantage of home-schooling system was that it gave her more time to pursue the things she wanted to accomplish. She thrived while learning at her own pace, on her own terms, and she graduated from high school when she was only 13. By age 16, she had her undergraduate degree from Texas Woman’s University and was headed to law school.

Haley is recognized for her heart and her voice

Haley is active in community and public policy discussions – passions that she frequently shares via Facebook and YouTube. In June 2020, that passion became real when Haley was elected to serve as a delegate to the Democratic National Convention. At 17, she was one of the youngest delegates at the DNC that year.

Other honors and activities include: