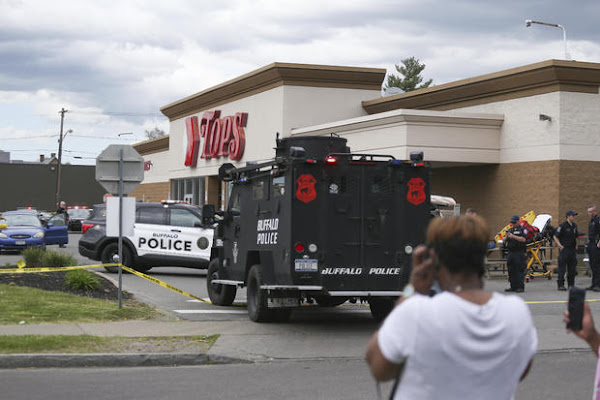 A gunman wearing military gear opened fire with a rifle at a Buffalo, New York, supermarket in what authorities called “racially motived violent extremism,” killing 10 people and wounding three others Saturday before he was arrested.

This is absolutely devastating. Our hearts are with the community and all who have been impacted by this terrible tragedy. Hate and racism have no place in America. We are shattered, extremely angered and praying for the victims' families and loved ones, as well as the entire community."