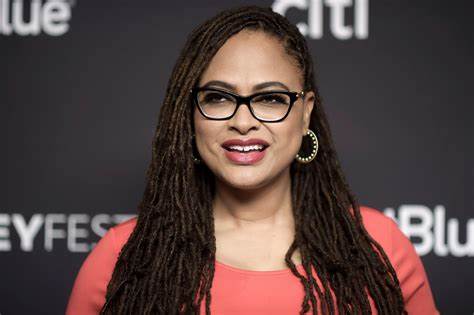 NEW YORK, June 6, 2022 – The International Academy of Television Arts & Sciences announced today that director, writer and producer Ava DuVernay, one of the most important contemporary voices in American film and television, will receive the 2022 International Emmy® Founders Award at the 50th International Emmy® Awards Gala, on Monday, November 21, 2022 in New York City. DuVernay’s mini-series When They See Us, based on the infamous Central Park Five case, portrayed the injustices brought by police treatment of five falsely accused teens to the attention of millions of people around the world.

“Ava DuVernay is a force of nature and this is reflected in the remarkable scope and volume of her work. She makes significant films and television programs, she uses her platform to reshape our industry and continues to lead a career-long effort to bolster women and people of color in entertainment and ensure inclusivity,” said International Academy President & CEO, Bruce L. Paisner. “We look forward to honoring her extraordinary talent and prolific decade of leadership at ARRAY, with our Founders Award.”

“This honor from the International Academy of Television Arts & Sciences is unexpected and wildly appreciated,” said DuVernay. “I thank the organization for recognizing my work and salute their efforts to ensure that storytellers of all backgrounds are amplified and celebrated.”

DuVernay is an Academy Award nominee and winner of the Emmy®, BAFTA and Peabody Awards, whose directorial work includes the historical drama Selma, the criminal justice documentary 13th and Disney’s A Wrinkle in Time, which made her the highest grossing Black woman director in American box office history.

DuVernay is currently writing, directing and producing the narrative film adaptation of Isabel Wilkerson’s bestselling nonfiction book Caste: The Origins of Our Discontent for Netflix. Through her ARRAY Filmworks production company, DuVernay is overseeing production on the final season of her critically-acclaimed TV series Queen Sugar (OWN), as well as recent and upcoming television productions including an untitled romantic drama for Starz, Colin in Black and White (Netflix), DMZ (HBO Max), Cherish the Day (OWN), Naomi (The CW), Home Sweet Home (HBO Max) and One Perfect Shot (HBO Max). Her critically-acclaimed series When They See Us (Netflix) received sixteen primetime Emmy® nominations.

Winner of the 2012 Sundance Film Festival’s Best Director Prize for her micro-budget film Middle of Nowhere, DuVernay amplifies the independent work of people of color and women of all kinds through her non-profit narrative change collective ARRAY. ARRAY is the 2021 winner of the Peabody Institutional Award. DuVernay sits on the Board of Governors of the Academy of Motion Picture Arts and Sciences, representing the directors branch. She is also a Vice-President of the Directors Guild of America and an advisory board member of the American Film Institute.