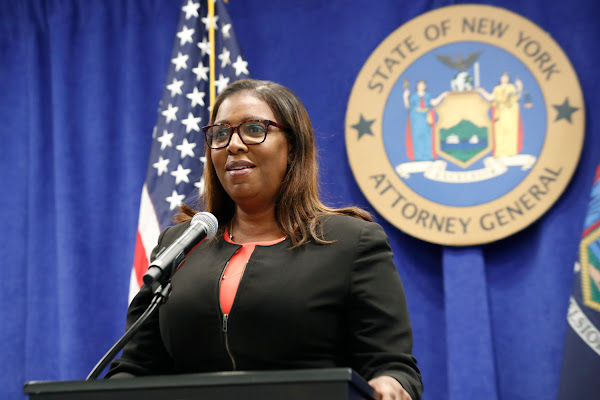 On the first day of Gun Violence Awareness Month, New York Attorney General Letitia James today took action to crack down on firearms sellers illegally selling and advertising gun parts that are used to create homemade, untraceable firearms, known as ghost guns. An investigation by the Office of the Attorney General (OAG) found that 28 firearms sellers across the state advertised and/or offered to sell one or more unfinished frames, receivers, and/or kits containing both. The OAG’s investigation found that a majority of these gun sellers were located in Western New York and on Long Island. New York law prohibits the sale, exchange, or disposal of unfinished frames and receivers. In cease-and-desist letters to all 28 dealers, Attorney General James ordered these businesses to immediately stop advertising and selling the prohibited parts and warned of the legal consequences, including imprisonment, if they do not comply.

“Ghost guns are fueling the flames of the gun violence epidemic, and we will not sit idly as they proliferate in our streets and devastate communities,” said Attorney General James. “Across the nation, too many lives are being lost because of these untraceable and unregistered weapons that anyone can get their hands on without a background check. We are not going to wait for another tragedy, my office is taking action to crack down on gun sellers that are illegally advertising ghost guns. If gun sellers do not comply with the law, they will face the full force of my office.”

The OAG’s investigation found that most of these firearms sellers advertised the prohibited unfinished receivers, frames, and kits online or at gun shows. They advertised them on their websites, with some allowing consumers to buy online and others telling consumers to call and ask for the price. Today’s enforcement action is the result of the Jose Webster Untraceable Firearms Act and the Scott J. Beigel Unfinished Receiver Act, which recently came into effect and criminalizes the sale of ghost guns and requires gunsmiths to register and serialize all such firearms.

Nine of these businesses are in Western New York, six on Long Island, five in Central New York, four in the Hudson Valley, two in the Southern Tier, and one in the Capital Region.

Some of the businesses identified by OAG were selling kits that contained unfinished frames and the tools needed to put a finished gun together at home. They advertised “blank serialization plates,” which makes the firearms untraceable.

The OAG identified the following illegal products advertised by these gun dealers. 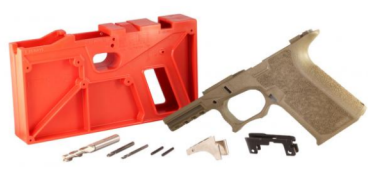 Illegal gun kit advertised for sale online by a Western New York gun shop. Kit includes an unfinished frame, hardened rail pins, a finishing jig, drill bits, and an end mill, which are all components that can be used to make an untraceable gun at home. 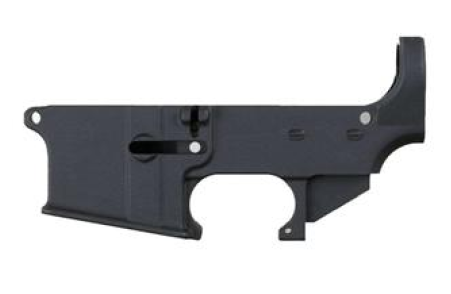 Illegal, unfinished lower receiver advertised for sale by gun sellers across the state. 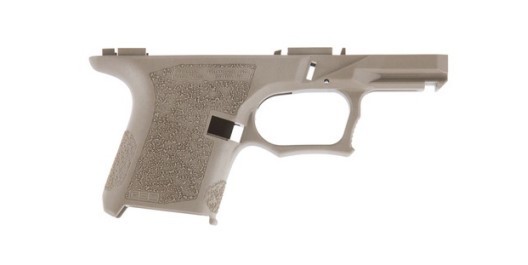 In her cease-and-desist letters, Attorney General James reminds the gun sellers that it is illegal in New York for any person not licensed as a gunsmith or dealer in firearms to knowingly possess an unfinished frame or receiver, and false or misleading advertisements about the legal risks of buying an unfinished frame or receiver could subject them to disgorgement, restitution, and penalties of up to $5,000 for each violation.

“For too long, ghost guns have been haunting our streets and taking lives. I have been warning about these dangerous gun kits for years, and we must take more aggressive action now to stop them from further proliferating,” said U.S. Senator Charles Schumer. “The new federal rule issued by the Department of Justice earlier this spring will help keep ghost guns off our streets, but there is still more to be done. That’s why I’m proud to support Attorney General James in cracking down on New York gun dealers who are illegally selling and advertising ghost gun parts. The time is right now to take action on these ghost guns because they are too easy to build, too hard to trace, and too dangerous to ignore.”

“It is chilling that anyone — including convicted felons and domestic abusers — can bypass the background check system and purchase individual, untraceable gun parts to build a homemade assault-style weapon,” said U.S. Senator Kirsten Gillibrand. “We have to do more to combat the epidemic of gun violence in New York, and I thank Attorney General James for taking this decisive action to crack down on firearms dealers.”

“Uvalde. Buffalo. Sunset Park. New Yorkers are sick to their stomachs from bearing witness to horrific tragedies because of our federal government’s failure to properly regulate guns,” said State Senator Brad Hoylman. “In the federal void, New York is leading the way. Last year, we made ghost guns illegal. They are dangerous, untraceable firearms bought by people looking to evade New York’s robust background check requirements. Thanks to the leadership of Attorney General James, now the 28 firearm sellers across the state advertising or offering to sell these ghost gun parts are looking at serious consequences if they do not comply. I am proud of the progress we made and are continuing to make throughout New York state to help prevent further gun violence.”

“We passed the Scott J. Beigel Unfinished Receiver Act last year because too many people were exploiting a loophole in our gun laws and getting their hands on dangerous, untraceable ghost guns without ever going through a background check,” said State Senator Anna M. Kaplan. “I’m proud that the law I sponsored is now being used by Attorney General James to crack down on gun sellers who were selling these dangerous weapons in our community, and I applaud her efforts to hold these individuals accountable and keep our communities safe from the epidemic of gun violence.”

“Gun violence is ravaging communities across our state and country,” said Assemblymember Charles D. Lavine. “The last thing New Yorkers need is more untraceable guns flooding our streets and devastating communities. I am proud to have sponsored the Scott J. Beigel Unfinished Receiver Act to protect New Yorkers, and I thank Attorney General James for taking action to enforcing it.”

“No one is above the law. Contrary to the belief of many gun enthusiasts, that extends to firearms sellers now that my law to ban the sale, possession, and exchange of unfinished frames and receivers went into effect,” said Assemblymember Linda B. Rosenthal. “In the aftermath of the devastation wrought by guns in Buffalo and Uvalde, we must continue to take every action we can to protect every single New Yorker against preventable gun violence. I applaud Attorney General Letitia James for taking swift and aggressive action to crack down on firearm sellers and get ghost guns off the street. I look forward to continuing to provide her office, and law enforcement across the state — with powerful tools to get guns and the dangerous criminals who use them off the street.”

“Gun manufacturers and shops that flout the law by selling untraceable ghost guns are a central cog in the gun violence epidemic,” said Zeenat Yahya, policy director, March For Our Lives. “While gun shops and producers chase profits at any cost, children suffer the consequences. This last year guns became the leading cause of death for children in America, for the first time outpacing motor vehicle deaths. That horrifies us and scares us. We’re pleased that Attorney General Letitia James is taking this important step to ensure that our laws aren’t just paper tigers, and that they actually serve to protect young people and our communities.”

“When gun manufacturers and dealers break the law and flood our communities with illegal ghost guns, New Yorkers pay the price with our lives,” said Nick Suplina, senior vice president for law and policy, Everytown for Gun Safety. “We’re grateful that Attorney General James is taking these lawbreaking members of the gun industry to task for their role in facilitating our gun violence epidemic.”

“There’s no reason why anyone should have access to untraceable, unserialized ghost guns — and when companies illegally sell those ghost guns, they’re putting our lives in danger,” said Nathalie Arzu, volunteer, New York chapter of Moms Demand Action, and a member of the Everytown Survivor Network whose 16-year-old brother, Jose Webster, was shot and killed in the Bronx in 2011. “Attorney General James has been a leader in getting ghost guns off our streets and going after those who put them on our streets in the first place, and New Yorkers are safer as a result of her decisive action.”

Today’s action is the latest example of Attorney General James’ commitment to cracking down on ghost guns and combatting gun violence in New York. In April 2021, Attorney General James sent a letter to U.S. DOJ urging them to strengthen federal regulations on ghost guns. In February 2021, Attorney General James led a coalition of 21 attorneys general from around the nation in filing an amicus brief in the case Grewal v. Defense Distributed before the U.S. Supreme Court, where the coalition fought a lawsuit that seeks to stop states from enforcing their laws against a company disseminating dangerous 3D-printed gun files on the internet.

In September 2019, Attorney General James sent cease and desist letters to the companies behind a number of websites selling incomplete weaponry pieces to New Yorkers that could be easily assembled into illegal assault weapons. In July 2020, Attorney General James announced that all the companies behind the sale of these firearms or firearms components had complied with her cease and desist letters and ended the sale of these weapons to New Yorkers.

To date, Attorney General James has taken more than 3,000 firearms, including dozens of ghost guns, out of communities through gun buyback events and takedowns of violent drug and crime rings since taking office in 2019.