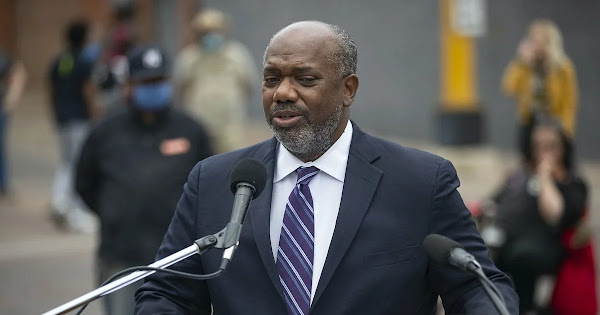 President Biden nominated one of the attorneys who prosecuted former Minneapolis police officer Derek Chauvin for the murder of George Floyd as a federal judge on Wednesday.

Biden nominated Jerry Blackwell to the U.S. District Court for the District of Minnesota. The White House did not mention Blackwell’s role in the Chauvin case in the announcement of the nomination.

Blackwell is a founding partner of law firm Blackwell Burke. He received law and bachelor’s degrees from the University of North Carolina at Chapel Hill.

“With more than three decades of legal experience, Jerry Blackwell is exceptionally well-qualified to be a U.S. District Court Judge,” said Smith. “I am confident that his experience and commitment to equal justice will make him an excellent federal judge.”

“His extensive trial experience – including the successful prosecution of the murder of George Floyd – makes him an excellent choice to be a U.S. District Court Judge,” Klobuchar said. “As a member of the Senate Judiciary Committee, I look forward to working with my colleagues on both sides of the aisle to confirm him.”