Stacey Abrams says that she will raise teacher pay in Georgia 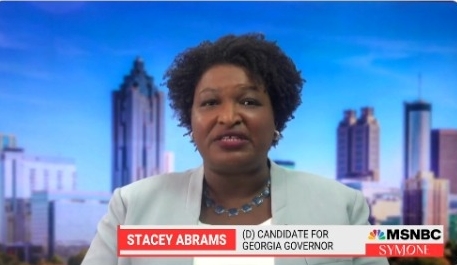 During an appearance on Symone Sanders' MSNBC show Georgia gubanatorial candidate Stacey Abrams made news by announcing that she would raise teacher pay in Georgia.

“We invite anyone who wants to see Georgia move forward to come here, that means President Joe Biden and Vice President Kamala Harris” Candidate for GA Governor @staceyabrams tells @SymoneDSanders whether @POTUS and @VPOTUS will join her on the campaign trail. pic.twitter.com/ZheRM78BIE