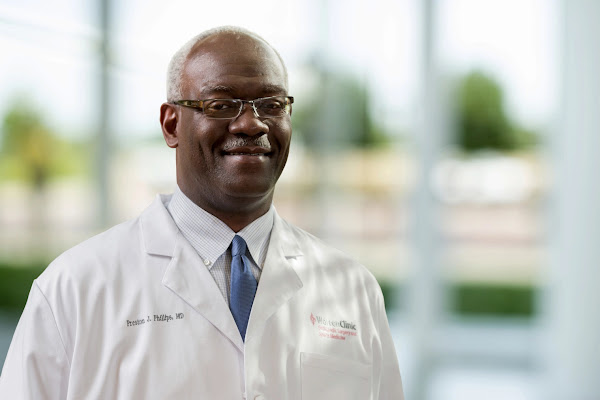 The fatal shooting of Dr. Preston Phillips, one of the four people killed this week during a shooting at St. Francis Hospital in Tulsa, Oklahoma. Dr.Phillips was more than just a doctor, he was a man who cared deeply about his community.

Phillips was a Black orthopedic surgeon, too. Of 30,000 physicians in America in this discipline, only about 600 are Black, representing less than 2 percent of all orthopedic surgeons, according to 2018 data from the American Academy of Orthopaedic Surgeons.

Locally, Phillips took on extra responsibilities to serve and care for his fellow Tulsans.

He was also a member of the Oklahoma State Medical Association, and frequently volunteered with the Tulsa County Medical Society's free clinic, Project TCMS, according to an association spokesperson.

More recently, he had been serving on the board of the John Hope Franklin Center for Reconciliation.

But Reuben Gant, interim executive director, said “board member” does not begin to do justice to Phillips’ efforts on behalf of the Tulsa nonprofit.

He chaired its scholarship committee, recruiting fellow members of his fraternity for black professionals, called Grand Boule of the Sigma Pi Phi Fraternity (Epsilon Iota), to review applications, nominate students for awards and mentor the winners through post-secondary education.