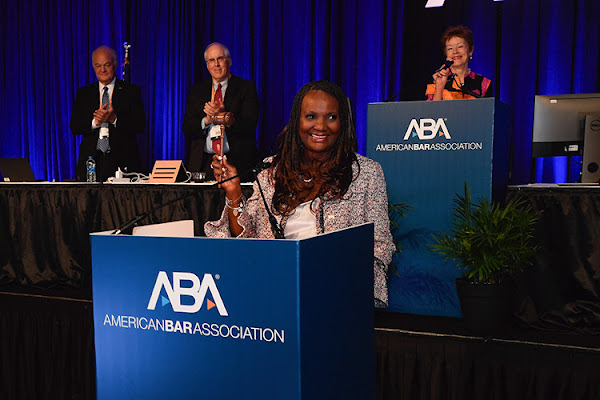 Deborah Enix-Ross, a New York dispute resolution lawyer, became president of the American Bar Association Aug. 9 at the end of the ABA Annual Meeting in Chicago.

Enix-Ross is a senior adviser to the International Dispute Resolution Group of Debevoise & Plimpton in New York City. She has been a part of the ABA leadership for several years, serving as chair of the ABA’s policymaking House of Delegates and as chair of the ABA Center for Human Rights and the ABA Section Officers Conference. Enix-Ross is also a fellow of the American Bar Foundation and has served as vice president of the World Justice Project. She is the second Black female president in ABA history.

Enix-Ross was sworn in as ABA president by retired U.S. Supreme Court Justice Stephen Breyer, who received the association’s highest honor, the ABA Medal, at a ceremony Aug. 6 at the Annual Meeting.