By now we all know that the democrats took a major ass kicking in the 2014 mid-terms. Many have blamed President Obama for this and maybe rightfully so. Many talking heads have said that this election was a referendum on President Obama's policies. As the President of the US, he is the head of the party so some blame goes to him the same way he would have gotten credit if the democrats had held onto the US Senate.

Many democratic candidates have been blamed for running bad campaigns or single issue campaigns. Some kept rambling about women's reproductive rights, another about income inequality, and another about Obamacare. But they didn't seem to focus on the many ongoing issues affecting voters in their states. Now even though all politics is local on a national level the democrats running for Senate, and the House of Representatives seemed to have no one coherent message. The republicans had one, and it was simple, Obama is bad. Yeah, they ran against something instead of for something but it was a simple message that was uniform across the states and worked.

The infuriating part is that the democrats had great things to talk about. Unemployment continues to drop, gas prices continue to drop, and the stock market is booming and the democrats mentioned none of that in a nationwide narrative. There was no one message that resonated across the country as the republicans had.

Democratic candidates in some states ran away from the president's policies, even attacked him on some issues and asked him not to come to their states. This resulted in losses for everyone that tried that strategy of distancing themselves from the president. No one seemed to get the idea that he could ENERGIZE and MOBILIZE the democratic base.

I'm wondering when DNC chair Debbie Wasserman Schultz will get the blame for this? As the chair it was her job to get the message and a strategy out there like her counterpart at the RNC, Reince Priebus did. It was her job to get candidates to but into a comprehensive strategy. In my opinion, she did not, and that led to a huge failure on election night. She deserves a large part of the blame, and I'm wondering why she hasn't stepped down as chair or why President Obama hasn't asked her to step down?

Quite simply she did not get the job done and does not deserve another bite at the apple. I hope we as democrats don't intend to let her led the charge again in 2016 because, in 2014, she led us to republican control of both the House and Senate.

Posted by Councilman George L. Cook III at 9:39 AM No comments:

Why Pres. Obama may be better off with republicans in control of the House and Senate. 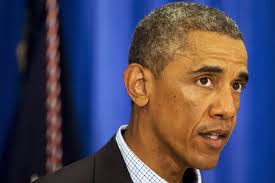 After giving democrats, an ass whupping of epic proportions in Tuesday's election republicans will have control of both the House and the Senate starting in 2015. President Obama will have a tough time getting anything he wants done, and he had better go to Costco and load up on pens for all the vetoes he will be issuing.

But as tough as all believe the next two years will be for our president he just may be better off with the republicans in control. Why you ask? It's really very simple.

He won't have to deal with weak-kneed democrats who ran from him at the first signs of trouble. They ran even though the president had limited options when it came to hot button topics like Ebola or ISIS. They ran from Mr. Obama even though the stock market is booming; unemployment numbers are dropping, and gas prices are at a four-year low.

He won't have to deal with democrats who not only threw him under the bus but tried to back it up, all to win re-election. Some didn't even want him to campaign for them (and still lost). With "friends" like that who needs enemies? In my humble opinion, President Obama will now have a better idea of which democrats have his back and which ones are waiting to stab him in the back.

Now President Obama will have to deal with republicans and both parties know exactly where they stand, you don't like me and I sure as hell don't like you. That makes dealing with each other a lot easier, and some things might actually get done.

Well, we can hope anyway.

Will blacks vote for democrats who run away from President Obama? 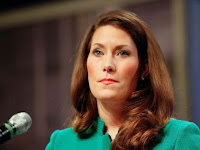 Let's be honest here. If democrats want to hold onto the Senate, they need to win the black vote overwhelmingly. While many pundits and talking heads have focused on this, they have not mentioned the fact that black voters in some states are making a tough choice. They have a choice to make, stay home, vote republican or vote for a democratic candidate that willingly distances themselves from President Obama.

In states like Georgia, Louisiana, North Carolina, Kentucky and Alaska democratic candidates have asked the president to stay home and not help with their campaigns. Some like Kay Hagan in North Carolina have gone as far as attacking President Obama's handling of Ebola. In Kentucky Democrat Alison Lundergan Grimes won't even say if she voted for President Obama.

Some back voters are publicly asking why they should support candidates that don't support the president. Obama himself has made the rounds on black radio to counter that type of thinking. He is trying to remind us that many of those same Dems distancing themselves have supported him in the past. He is trying to make his case to African American voters as to why they need to come out and vote for these democrats because he believes that the alternative is a lot worse.

So, what will you do? Will you vote democratic on Tuesday, vote republican, or stay home?