Jeb Bush: "Free stuff" not part of his outreach to black voters 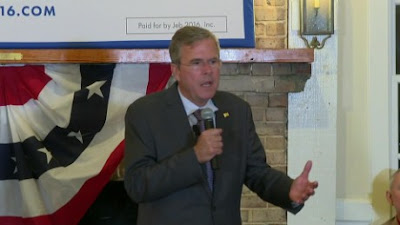 Like Mitt Romney before him a clueless Jeb Bush went there. During a Republican dinner in South Carolina he said "free stuff" won't be part of his plan to appeal to black voters. Now because he was clueless he does not realize he insulted millions of black voters. Now in fairness he was responding to a question and did also say that offering a message of hope could attract black voters, but the damage has already been done. Watch his comments below.

Posted by Councilman George L. Cook III at 8:50 AM No comments: