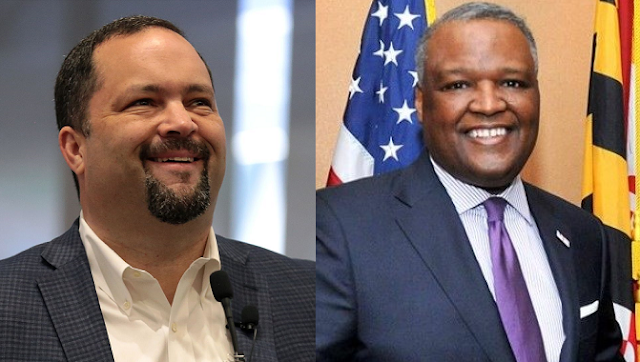 Baker is seen as the more pragmatic candidate, while Jealous has raced to embrace a more progressive agenda. The results will hint at which direction voters in this deeply blue state want their party to take. Baker has support from local Democratic stalwarts like Sen. Chris Van Hollenand former Gov. Martin O’Malley, while Jealous has backing from Sens. Bernie Sanders (I-Vt.) and Kamala Harris (D-Calif.).

Polls show a tight race, with Jealous on the rise. But Baker has a firm base in the vote-rich Washington suburbs; four years ago, when then-Lt. Gov. Anthony Brown (D) won the Democratic primary, he took 50,000 more votes out of Prince George’s County than his two leading rivals combined.

The winner faces a tough task in November, against popular Gov. Larry Hogan (R), whose approval rating even among Democrats is north of 50 percent. But in a blue wave, the Democratic nomination is worth having: Maryland’s last Republican governor, Bob Ehrlich, lost his re-election bid to O’Malley even though his approval rating was strong.

Posted by Councilman George L. Cook III at 11:50 AM No comments: