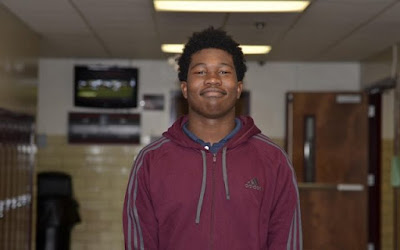 In December 2015, Zaevion Dobson, a 15-year-old high school football star from Knoxville, Tennessee, was forced to make a split-second decision—run to safety or sacrifice himself to protect those around him. Instead of running, Dobson used his body to protect two girls from a barrage of bullets, ultimately giving his life to save theirs. To honor his incredible act of bravery, ESPN today announced that Dobson will be posthumously honored with the Arthur Ashe Courage Award at The 2016 ESPYS Presented by Capital One. Presented annually to individuals whose contributions transcend sports, the award recognizes those individuals who embody the spirit of the trophy’s namesake, tennis legend Arthur Ashe, who dedicated his life to human rights advocacy.

Zaevion Dobson, a sophomore at Fulton High School in northern Knoxville, was considered one of the city’s great success stories as both a promising football player and mentor to his peers. Dobson’s selfless act of bravery made him a national hero. Zenobia Dobson, Zaevion’s mother, will accept the Arthur Ashe Courage Award on his behalf, accompanied by Zaevion’s brothers Zack Dobson and Markastin Taylor.

“The family of Zaevion William Dobson accepts with great appreciation the honorable Arthur Ashe Award on behalf of our beloved young man of valor, who sacrificed himself to save others,” Zenobia Dobson said on behalf of the Dobson family. “Arthur Ashe was a leading example of strength and courage for us as a family, and we feel truly blessed and honored that our Zaevion joins the ranks of honorees. Like Arthur Ashe, Zaevion faced obstacles, but he overcame them. With this award, we know that Zaevion’s name and example will never be forgotten.”

Zaevion was honored by the sports community in a special tribute before Super Bowl 50 and was recognized by President Obama during a speech in January. The President emphasized that Zaevion’s sacrifice should serve as inspiration for taking action, saying, “He gave his life to save theirs—an act of heroism a lot bigger than anything we should ever expect from a 15-year-old.”

Added ESPYS Executive Producer Maura Mandt, “Zaevion’s actions to risk his own life for others demonstrate the true meaning of the word courage, and his boundless bravery has inspired many. We are proud to honor him with the Arthur Ashe Courage Award at this year’s ESPYS. By celebrating Zaevion’s legacy, we hope to bring more attention to this serious issue and continued focus on the tragic loss of lives to gun violence.”

The 2016 ESPYS, hosted by WWE Superstar John Cena, will air live on Wednesday, July 13, at 8 p.m. ET on ABC from Microsoft Theater in Los Angeles. Tickets are available for public purchase at AXS.com. For additional ESPYS news and information, please follow the official Twitter handle: @ESPYS.

Posted by Councilman George L. Cook III at 10:49 AM No comments: