Democratic takeover could bring first black speaker of the house 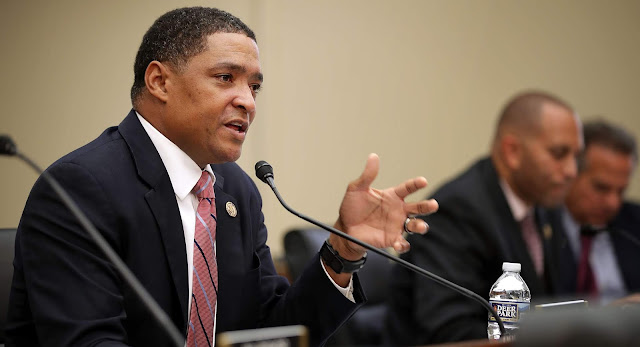 Upheaval in the Democratic caucus could pave the way for a historic House leader — and some potential names are already being discussed.

The next speaker of the House could be a black Democrat. And Congress would never be the same.

In 230 years, there’s never been a black speaker, or any black lawmaker seriously in the running for the post. That could change after voters go to the polls in November.

Democrats are their closest to winning back the House in years. Minority Leader Nancy Pelosi (D-Calif.) has said she will run for speaker again, but after 16 years at the top, some lawmakers — and a rising number of Democratic candidates — want someone else to take over.

The prospect of a black speaker, which seemed like a long shot just months ago, has started to bubble up more in private conversations in recent weeks, particularly among Democrats in the influential, 48-member Congressional Black Caucus.

After Rep. Joe Crowley of New York, a potential Pelosi successor, went down in a shocking primary defeat in June, the questions about who might replace her have only grown. And that raises the possibility of an African-American Democrat being sworn in as the 55th speaker on Jan. 3.

The members with the likeliest shot, according to more than 20 Democratic lawmakers and aides, include Rep. Jim Clyburn of South Carolina, currently the No. 3 House Democrat; Hakeem Jeffries of New York; Cedric Richmond of Louisiana, current chairman of the CBC; Elijah Cummings of Maryland; and Marcia Fudge of Ohio.

Posted by Councilman George L. Cook III at 4:34 AM No comments: