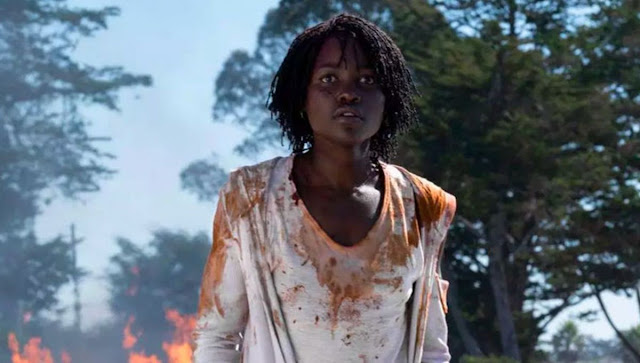 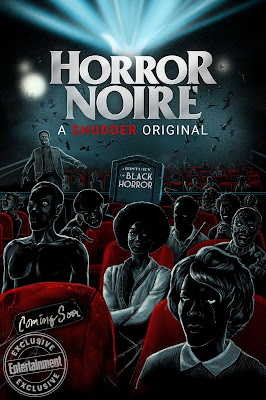 ABOUT SHUDDER
AMC Networks’ SHUDDER is a premium streaming video service, super-serving fans of all degrees with the best selection in genre entertainment, covering thrillers, suspense, and horror. SHUDDER’s expanding library of film, TV series, and originals is available in the US, Canada,  UK, Ireland, and Germany on most streaming devices for 4.99/month or 49.99/year. To experience SHUDDER commitment-free for 7 days, visit www.shudder.com. 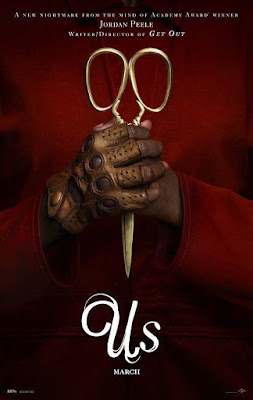 Haunted by an unexplainable and unresolved trauma from her past and compounded by a string of eerie coincidences, Adelaide feels her paranoia elevate to high-alert as she grows increasingly certain that something bad is going to befall her family.

After spending a tense beach day with their friends, the Tylers (Emmy winner Elisabeth Moss, Tim Heidecker, Cali Sheldon, Noelle Sheldon), Adelaide and her family return to their vacation home. When darkness falls, the Wilsons discover the silhouette of four figures holding hands as they stand in the driveway. Us pits an endearing American family against a terrifying and uncanny opponent: doppelgängers of themselves.

Check out the trailer below:

Posted by Councilman George L. Cook III at 9:52 AM No comments:

Are you a black nerd? Then you might want to check out the Blerd City Con

Are you a black nerd? Then you might want to check out the Blerd City Con.

What is that you ask?

Simply put it's a 3 day geek out for black people who like science fiction, horror, and fantasy.

“I want the audience to experience Horror, Science Fiction, and Fantasy by the talents of leading writers as well as filmmakers, coders and creators of the African Diaspora who are serving the community of black and Nerdy,” said founder Clairesa Clay.

The 3-day conference takes place July 13 - 15, 2018 celebrating the fantastic nerdiness in you! Through panels & workshops of Art, Science, Film, Comic Books, & Technology in Brooklyn, New York making you truly feel like a Blerd!

Blerd City is a conference dedicated to showcasing the multidimensional complexity of black nerdiness through all spectrums of creativity, invention, and innovation and this is its second year in action. You can expect panels, workshops, film screenings, Afrofuturism, special guests, and presentations. In addition, there will be a marketplace for gaming and comic books open to all ages.

The conference will take place at St. Francis College in Brooklyn, New York. 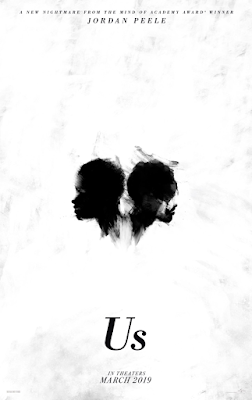 Jordan Peele is coming back with a new horror film! The Academy Award-winning filmmaker recently announced that his forthcoming project, Us, will be heading to theaters early next year.
Peele made the announcement on Twitter late Tuesday night (May 8). The film poster displays black and white silhouettes of two boys that appear to be African American. While the poster is fairly simple, it still carries a haunting effect.

There is little information regarding the film’s plot and story line, but there are several reports claiming the film is looking to include an all-star cast. Peele is reportedly eying Black Panther’s Lupita Nyong’o and Winston Duke, as well as The Handmaid’s Tale star Elisabeth Moss, according to The Hollywood Reporter. If those contracts are signed, Nyong’o and Duke will reportedly portray one couple, while Moss will play one half of another couple.

Us will be Peele’s first feature film since his breakout blockbuster Get Out. Following its release in Feb. 2017, the racially-charged horror film quickly became a pop culture phenomenon and cleaned up at the awards shows. Peele also became the first black man to win an Academy Award for Best Screenplay.

The movie poster does not have a specific date, but Universal Pictures has reportedly has slated the picture for Mar. 15, 2019, THR reports. Check out the poster below, and stay tuned for more updates.

Posted by Councilman George L. Cook III at 5:45 AM No comments: 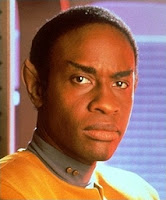 Now there's a supposed list of things black people don't do. You know like swimming, vote republican, or watch Fox News. Okay that last one may be true but the others are grand generalizations.

Another generalization I hear because I'm a writer of science fiction and horror is that black people don't like science fiction. I also hear that it's a waste of time marketing such books to them. I would like to state that is categorically false. Just as many African Americans are fans of science fiction as any other group. Yeah we don't show it or talk about it as much but that's because many want to avoid ridicule from our own at times.

Telling other black people you like science fiction is like saying that you are a republican. ( okay maybe not that bad ). All black sci-fi fans have been minding their own business watching a TV show or reading a book and had someone asking what weird sh*t are they reading / watching now? Now normally this comes from people who watch reality TV and think that sh*t is real.

To avoid that reaction many people just keep their love of science fiction it to themselves. It's get tiresome answering the question, "Why are you wasting that time on that made up stuff? Explaining to people that the other stuff on TV is made up too normally falls on deaf ears especially to anyone who thinks Basketball Wives is engaging television.

For the record just as many black people love Star Wars ( not anything featuring Jar Jar Binks though ), Star Trek, Battlestar Galatica, etc. Now you may not see as many of us going to conventions in weird outfits or anything like that but trust me we love the weird sh*t just as much as anyone else.

So there's that's another generalization laid to rest. Live long and prosper!