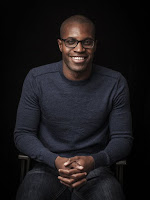 Ime Archibong was eating lunch on Facebook's Silicon Valley campus with former colleague Makinde Adeagbo last year when Adeagbo pitched the idea for /dev/color, a nonprofit organization to bring together and grow the ranks of African-American software developers.

"We sat outside, right in front of the ice cream shop, and he was painting this vision for me of what he wanted to do," Archibong recalls.

Adeagbo, who at the time worked at Pinterest, was one of the first black software engineers at Facebook and had forged a career path for other black engineers to follow. Now he aspired to do the same thing, only on an industrywide scale.

"That is something I cannot help but get behind," Archibong, a software engineer who is now Facebook's director of strategic partnerships, told USA TODAY.

/dev/color, a support network for engineers of color, officially launched a year ago and has since grown to 114 members, all black, many of whom often found themselves feeling isolated while navigating an industry dominated by white and Asian men.

On Friday, /dev/color held its inaugural conference on Facebook's campus — "Onwards and Upwards: Advancing the careers of black software engineers" — headlined by venture capitalist Ben Horowitz and Facebook chief technology officer Mike Schroepfer and featuring sessions on such topics as how to go from engineer to manager and how to build a business with an engineering background.