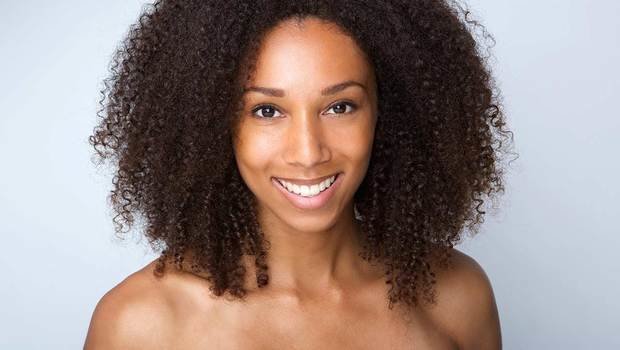 New Jersey Governor Phil Murphy signed S3945, also known as the "Create a Respectful and Open Workplace for Natural Hair Act" (CROWN Act), which clarifies that prohibited race discrimination includes discrimination on the basis of “traits historically associated with race, including, but not limited to, hair texture, hair type, and protective hairstyles.” The law was introduced after Andrew Johnson, an African-American high school wrestler at Buena Regional High School, was forced to cut off his dreadlocks in order to compete in a match on December 19, 2018 -- exactly one year ago today.

“Race-based discrimination will not be tolerated in the State of New Jersey.” said Governor Murphy. “No one should be made to feel uncomfortable or be discriminated against because of their natural hair. I am proud to sign this law in order to help ensure that all New Jersey residents can go to work, school, or participate in athletic events with dignity."

“I’m grateful to Governor Murphy for signing this important legislation and applaud Senator Sandra B. Cunningham and Assemblywoman Angela McKnight, who led the CROWN Act and Crown Coalition advocate Adjoa B. Asamoah, who worked tirelessly to end the implicit and explicit biases against natural hair,” said U.S. Senator Cory Booker. “Discrimination against black hair is discrimination against black people and no one should be denied a job, an education, or face discrimination because of their hairstyle.”

“We’re pleased that the Governor and the Legislature have codified the interpretation set out in our guidance document from earlier this year: Race discrimination includes discrimination based on traits inextricably intertwined or closely associated with race, including hairstyle,” said New Jersey Division on Civil Rights Director Rachel Wainer Apter. “Employers, housing providers, and places open to the public, including schools, cannot police natural black hairstyles.”

"I am proud to see New Jersey become just the third state in the nation to put an end to this discriminatory practice. This law will ensure people of color are free to wear their hair however they feel best represents them, whether that be locks, braids, twists or curls. No one should ever be told it is ‘unprofessional’ to embrace their culture,” said Senator Cunningham. “It is unacceptable that someone could be dismissed from school or denied employment because they wear their hair exactly how it grows, but that has been the reality for many black and brown individuals. Today, here in New Jersey, we've changed that.”

“We should not tolerate discrimination in any form and this law protects the civil rights of all peoples,” said Senator Gill.

In the last few years, we have seen several cases in New Jersey and around the country where children were sent home from school, or denied participation in extracurricular activities because of how they choose to wear their hair,” said Senator Turner. “Hair discrimination policies, rooted in Eurocentric beauty standards, have no place in our schools or our workplaces. It is time we get rid of them once and for all.”

“Unfortunately, it’s all too common for African-Americans and people of color to be subjected to discrimination at work or school for wearing their hair in braids, twists, and dreadlocks or embracing their natural curls,” said Assemblywoman McKnight. “A student at Buena Regional High School in New Jersey was forced by a referee at a wrestling tournament to either cut his dreadlocks or forfeit the match to comply with association rules. With this law, the student would have been protected from this kind of discrimination.”

“If a person of color wants to embrace their cultural identity by wearing their hair in a certain style, they should be free to do so without fear of prejudice,” said Assemblywoman Reynolds-Jackson. “No one should be told to straighten, cut or change their hair in any way to meet certain norms. It’s time we enshrine these values into our law.”

“Every person in New Jersey, regardless of their race, should be able to wear their hair with dignity and without discrimination,” said Assemblywoman Timberlake. “This law seeks to give added protections to communities of color and prevent prejudice and discrimination in the workplace and in the hiring process.”

“We thank Governor Murphy and the legislature for passing the CROWN Act in this historic week of legislation that is affecting the lives of New Jerseyans in general and New Jerseyans of color in particular,” said Amol Sinha, Executive Director of ACLU-NJ. “While natural hair might seem like an irrelevant front in the never ending battle against discrimination, we know that hair discrimination is too often used as a proxy for racism in ways that directly impact the success of people of color in schools, courtrooms, and board rooms. Adding hair discrimination to the protections offered in the Law Against Discrimination is an influential recognition of the myriad ways that racism expresses itself and provides people with a powerful tool to combat it.”