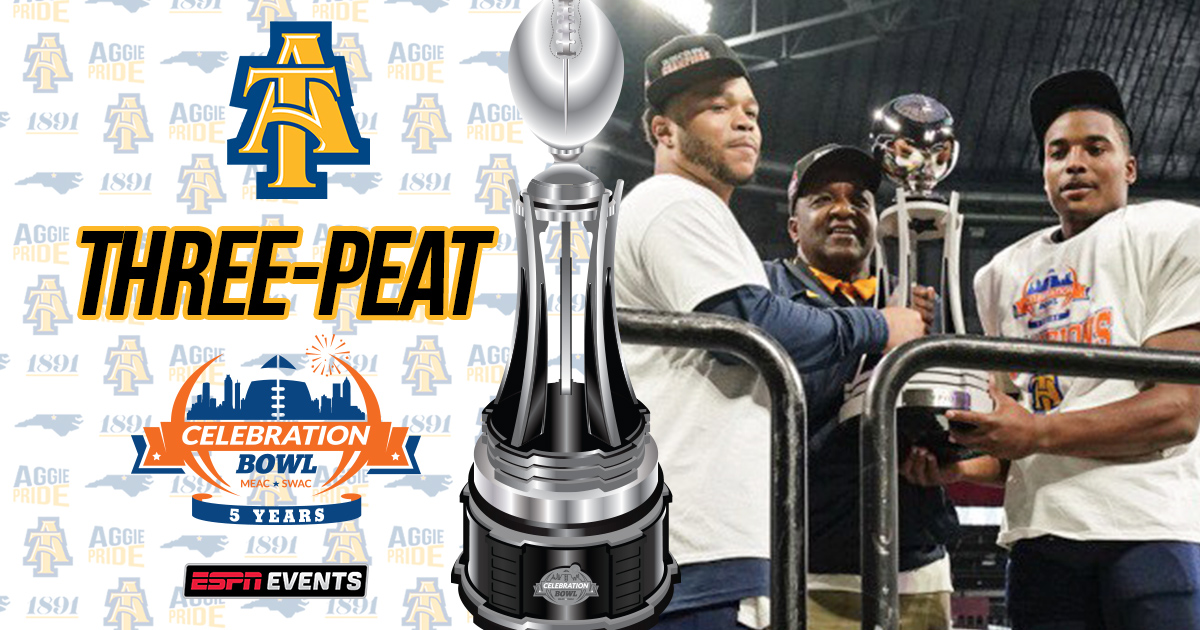 The 64-44 victory gives the Aggies their third straight HBCU national title and their fourth overall.

“I just give all the praise to my guys, offensive linemen and my receivers,” Carter said. “Without them, it wouldn’t have been possible. I give them all the praise.”

The Aggies finished the season with a 9-3 record. They joined Winston-Salem State (2011-2013) as the latest teams to win three consecutive HBCU National Championships.

“I’m very proud of my football team,” NC A&T coach Sam Washington said. “I thought they played with a lot of courage, effort, and want to. They came out very confident. They started fast and finished strong. I am very proud of that.”