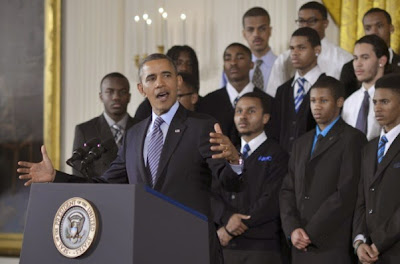 More than 200 African American men, ranging from a taxi driver to university professors, sent a letter to President Obama on Tuesday urging him to expand his Black male initiative to include Black girls and women, saying they were “surprised and disappointed” that the president had sought to include only half of the race to tackle community-wide issues.

After praising the president for saying that addressing the needs of those left behind is as important as anything else he is undertaking, authors of the letter wrote, “So we were surprised and disappointed that your commitments express empathy to only half of our community – men and boys of color. Simply put, as Black men we cannot afford to turn away from the very sense of a shared fate that has been vital to our quest for racial equality across the course of American history.”

The letter continued, “As African Americans, and as a nation, we have to be as concerned about the experiences of single Black women who raise their kids on sub-poverty wages as we are about the disproportionate number of Black men who are incarcerated. We must care as much about Black women who are the victims of gender violence as we do about Black boys caught up in the drug trade.”