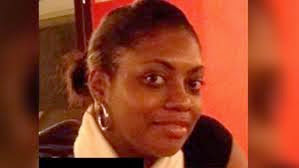 27 year old Clarissa Jean-Phillippe was one of three police officers killed last week by terrorist in France. She along with officers Ahmed Merebet and Franck Brinsolaro were awarded France's highest honor, the Legion of Honor by President François Hollande during a memorial ceremony in their honor.

Clarissa had only been on the job for 15 days and had not even received her diploma certifying that she had met all of the requirements to become a police officer. Her mother will receive her diploma. RIP Officer Jean-Philippe and her fallen comrades.