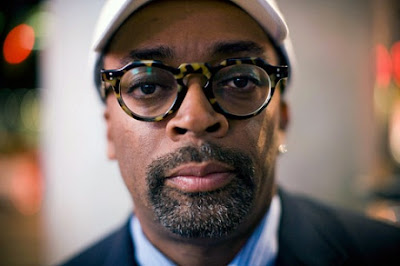 During an interview with Marlow Stern at The Daily Beast film director Spike Lee commented on the Oscar snubs of Selma for best director. Read his colorful comments below:

“Join the club!” Lee chuckled, before getting serious. “But that doesn’t diminish the film. Nobody’s talking about motherfuckin’ Driving Miss Daisy. That film is not being taught in film schools all across the world like Do the Right Thing is. Nobody’s discussing Driving Miss Motherfuckin’ Daisy. So if I saw Ava today I’d say, ‘You know what? Fuck ’em. You made a very good film, so feel good about that and start working on the next one.”

“Anyone who thinks this year was gonna be like last year is retarded,” said Lee. “There were a lot of black folks up there with 12 Years a Slave, Steve [McQueen], Lupita [Nyong’o], Pharrell. It’s in cycles of every 10 years. Once every 10 years or so I get calls from journalists about how people are finally accepting black films. Before last year, it was the year [in 2002] with Halle Berry, Denzel [Washington], and Sidney Poitier. It’s a 10-year cycle. So I don’t start doing backflips when it happens.”