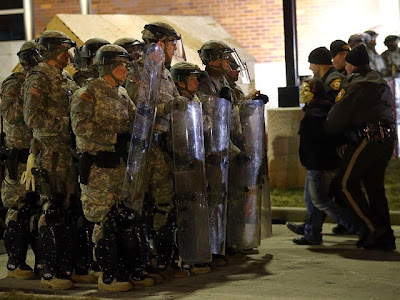 As the Missouri National Guard prepared to deploy to help quell riots in Ferguson, Missouri, that raged sporadically last year, the guard used highly militarized words such as "enemy forces" and "adversaries" to refer to protesters, according to documents obtained by CNN.