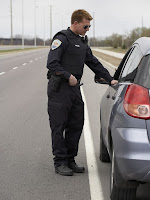 An annual report released by Attorney General Chris Koster finds that in 2014, black drivers were 75 percent more likely than white drivers to be stopped for traffic violations in the state of Missouri.

Missouri requires all municipalities to submit traffic stop data to the state, including a driver's race.

Last year's annual report found black drivers were 66 percent more likely to be pulled over on Missouri's roads. This year's report shows the largest racial disparity since the state began collecting data in 2000. That year the disparity was 31 percent.