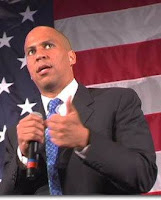 Police departments would be required to report to the Justice Department any time law enforcement officers are involved in shootings or are the victims of an attack leading to serious injury or death under legislation introduced Tuesday by U.S. Sen. Cory Booker.

The legislation was introduced in response to a series of killings of unarmed black men by police officers in cities such as Ferguson, Mo., and Baltimore, as well as a spate of attacks on police officers, such as the murders of Rafael Ramos and Wenjian Liu of New York City, who were shot and killed while sitting their patrol car in Brooklyn in December.

"Our legislation is vital to ensuring we have the data required to make good decisions and implement reform measures that are balanced, objective, and protect the lives of police officers and the public," said Booker (D-N.J.), who introduced the bill with Sen. Barbara Boxer (D-Calif.).

Under the bill, states would be required to report the gender, race, ethnicity, and age of each person shot, injured, or killed; when the shooting occurred; the number of officers and civilians involved; whether the civilian was armed; and what force was used.