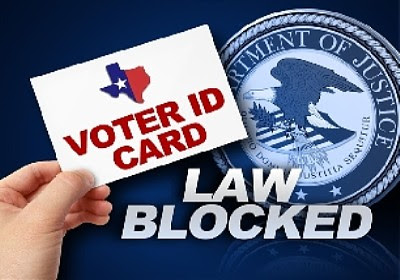 A federal appeals court Wednesday struck down a voter ID law in Texas, saying it violated the 1965 Voting Rights Act. A 5th Circuit three-judge panel ruled unanimously that the law does not equate to a "poll tax" but does discriminate against minority voters.

The 2011 law, considered one of the toughest in the country, was in effect during the midterm elections last year. It was one of a handful of voter ID laws enacted in Republican-governed states. The Texas law required voters to provide certain forms of identification before they could cast a ballot.