Half of blacks say police have treated them unfairly 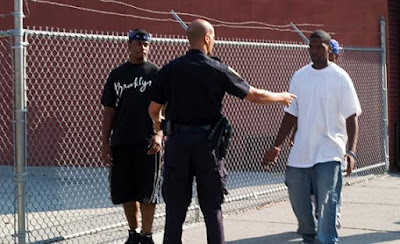 A majority of blacks in the United States -- more than 3 out of 5 -- say they or a family member have personal experience with being treated unfairly by the police, and their race is the reason.

This information, from a survey conducted by the Associated Press-NORC Center for Public Affairs Research, comes as the Michael Brown shooting in Ferguson, Missouri, approaches its first anniversary and the nation continues to grapple with police-related deaths of black Americans.

Read more: Half of blacks say police have treated them unfairly