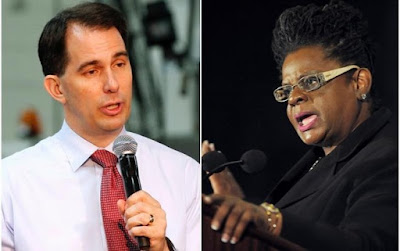 Moore made the comment during a conference call Monday to discuss Walker's campaigning for president in South Carolina.

She calls Walker a "stereotypical politician" who will say anything to get elected.