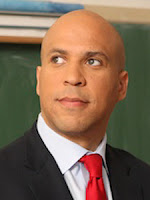 Over 70 million Americans who have criminal histories are faced with the daunting task of securing employment. They face improbable odds in obtaining a job as a result of an arrest or criminal conviction. Studies show that a criminal record reduces the likelihood of a callback or job offer by nearly 50 percent for men in general.  African-American men with criminal records have been 60 percent less likely to receive a callback or job offer than those without records. For individuals trying to turn the page on a difficult chapter in their lives, a criminal conviction poses a substantial barrier to employment.
In May, Sens. Cory Booker (D-NJ) and Sherrod Brown (D-OH), led a bipartisan group of 25 of their Senate colleagues in urging President Obama to expand job opportunities and reduce recidivism by taking executive action and requiring federal contractors and federal agencies to “ban the box” on job applications. The letter can be viewedhere.  Also in May, Reps. Cummings, Jackson Lee, Blumenauer, Watson Coleman, Richmond, Conyers, and Scottsigned a similar letter to the President that included signatures from over 70 House Members.  That letter can be viewed here.
The Fair Chance Act is supported by the Center for Urban Families, Bend the Arc Jewish Action, the National Association for the Advancement of Colored People (NAACP), the American Civil Liberties Union (ACLU), theLeadership Conference on Civil and Human Rights, the National Employment Law Project, and the National Black Prosecutors Association.
Posted by Councilman George L. Cook III at 4:05 PM