Calvin Spann, a New Jersey native and one of the original Tuskegee airmen, died Sunday at his home in Texas. He was 90.

Spann, who was born Nov. 28, 1924, and grew up in Rutherford, volunteered for the Army Air Corps and was sent to Tuskegee, Alabama, in 1943 to start aviation cadet training. He was sent to Italy as a replacement combat pilot after completing his training.

As a fighter pilot, he participated in the longest bomber escort mission in 15th Air Force history: a 1,600-mile, round-trip mission, from Ramitelli, Italy, to Berlin. 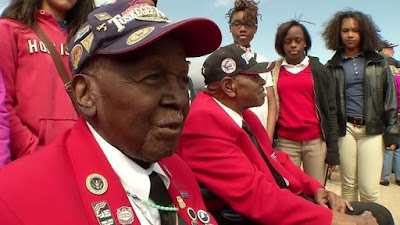