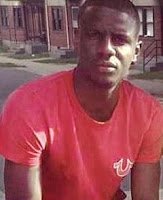 Baltimore officials have reached a $6.4 million wrongful death settlement with the family of Freddie Gray, the 25-year-old man who died in April from a neck injury he suffered in police custody, according to two people with knowledge of the agreement.

Baltimore officials could announce details of the proposed settlement as early as Tuesday. Such a deal however, would have to be approved by the city’s Board of Estimates, the governing body that oversees the city’s spending. That group, which includes Baltimore Mayor Stephanie Rawlings-Blake (D), is expected to meet Wednesday.

Posted by Councilman George L. Cook III at 11:40 AM