Death threats made against Howard University 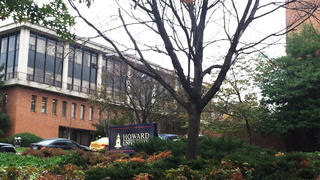 Howard University officials say they're increasing security on campus and at nearby Metro stations after an online threat was detected.

The threat was made against the university and its students, Howard officials said Thursday, but did not elaborate further.

One Howard student told reporters the threat was posted on the anonymous website 4Chan. The student, a freshman, said her resident assistant sent students a screenshot of the threat and warned them to be safe.

Howard officials said security has been increased out of an "abundance of caution." Students won't be penalized for not attending classes if they're concerned, the officials said.