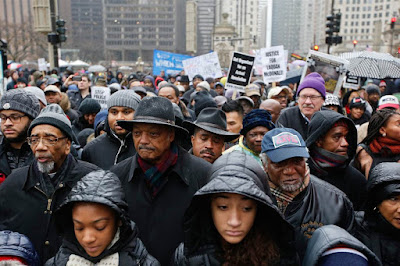 The demonstration was peaceful, but after the main march concluded, police scuffled with a few dozen protesters who were trying to block the entrance to an H&M store and to obstruct traffic both ways on Michigan Avenue, a major thoroughfare.