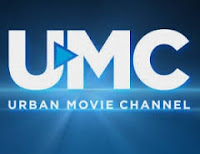 Robert L. Johnson, Chairman of RLJ Entertainment and founder of BET says, “We are excited that UMC is among the initial streaming channels to be included in the Amazon program. UMC provides viewers seeking high quality and entertaining urban-themed content. Being aligned with Amazon will allow us to reach tens of millions of Prime members and is a tremendous opportunity increase the awareness and subscriber growth for our UMC digital channel.”