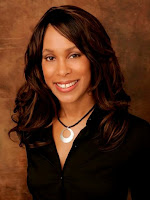 The president of the ABC Entertainment Group is departing amid low ratings, to be replaced by the first African-American to head a broadcast TV network.

Paul Lee's successor is Channing Dungey, who has been ABC's executive vice-president for drama development, movies and miniseries, the Walt Disney Co.-owned network said Wednesday. Dungey shepherded ABC hits including "Scandal," ''How to Get Away with Murder" and "Quantico."

Dungey is both the first black network programming chief and a rare female executive. Change has come faster for women than minorities in the TV executive ranks, with Jennifer Salke serving as NBC's entertainment president and, at Fox Television Group, Dana Walden sharing chair and CEO duties with Gary Newman.

Dungey, a graduate of UCLA's School of Theater, Film and Television, has been with ABC since 2004, starting with ABC Studios. Previously, she worked at production companies and as a production executive at Warner Bros., handling films including "Bridges of Madison County" and "The Matrix."