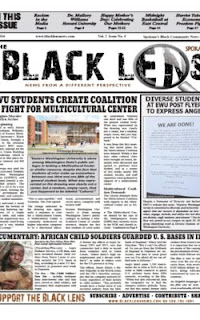 “My gut says that it has to do with the fact that the name of my paper is the Black Lens,” said Sandra Williams, the paper’s editor. “Based on the rhetoric that he’s been spewing around the country it would make sense that he did not want a black newspaper covering what he says in his rallies. That’s the assumption that I’m making.”

The email sent to Williams said, “During the 2016 Presidential Primary race, the Donald J. Trump Campaign fully recognizes and respects all media but due to various venue sizes, media space, and safety we must limit the number of credentialed media and give priority to our national and local outlets. We appreciate your understanding.”

The Black Lens is published monthly and has a circulation of 1,000. Williams and a photographer are the publication’s only staff members.

There are many agendas that I have heard they have been doing all about the Donald Trump. He sure seems to be the rightful person to bring the good change in the history of America.

I think that trump has taken the right decision because he has been doing all this for the sake of this country. It is the real idea through which we are able to see change in this country.

Newspaper is an old and basic source of information from all over the country and world, it keep aware people from current affairs. This article is about an African and American website https://bestaustralianwriters.com/australianwritings-com-review/ newspaper that is working so well to serve their nation.

Amazing way to help other in math solving mathematics, your theme color is really my favorite and perfect for your website. I must want to say thanks for making this post net worth