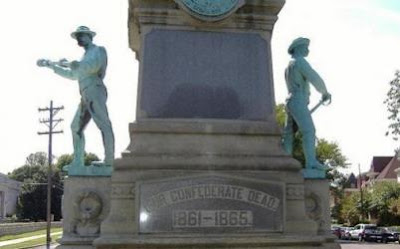 The city of Louisville, Kentucky can remove a 121-year-old monument to Confederate soldiers that critics have objected to as an emblem of slavery, a state judge ruled on Wednesday.

In a ruling from the bench, Jefferson Circuit Judge Judith McDonald-Burkman dissolved her temporary order from three weeks ago that had blocked the city and a local university from taking down the monument.

Louisville Mayor Greg Fischer said he would work on relocating the 70-foot-high monument after getting the judge's written order, according to a statement from his office.

Some local residents and descendants of Confederate soldiers sued to keep the monument at its location near the University of Louisville, calling it a symbol of the South's history and culture.

Mayor Fischer and University of Louisville President James Ramsey said in April they would move the monument commemorating Kentuckians who died serving the Confederacy, the slave states that declared their secession from the United States, leading to the American Civil War in the 1860s.